LA n Sync joined local leaders today in celebrating the South Los Angeles Empowerment Zone’s (SLATE-Z) winning application for a Promise Zone Designation. Sync is proud to have played a role in this historic and unprecedented partnership of over 50 public, private, and community-based organizations dedicated to moving residents to economic opportunity. The collaborative’s vision is to connect South Los Angeles through Transportation, Education and Economic Mobility.

This is an unprecedented victory, as the City of Los Angeles will be the first in the nation with two Promise Zone designations. Sync provided technical assistance in the City’s first successful bid in 2014, and is proud now to have been involved in another successful application by having provided monetary support for the data, research, and narrative development for the application, in addition to grant management and a philanthropic letter of support signed by some of the leading foundations in the region, including: Annenberg Foundation, California Community Foundation, The California Endowment, Los Angeles Trade Technical College Foundation,  The Ralph M. Parsons Foundation, Roy & Patricia Disney Foundation, and the Weingart Foundation

The new South L.A. Promise Zone is home to nearly 198,000 residents in parts of Vernon-Central, South Park, Florence, Exposition Park, Vermont Square, Leimert Park, and the Baldwin Hills/Crenshaw neighborhoods. Coalition partners who developed the vision, goals, and activities laid out in the winning application call it SLATE-Z because they seek to capitalize on compelling opportunities that new light rail lines bring for neighborhood revitalization as well as connecting residents to education and economic opportunities.

This federal designation is a significant day for the South L.A. community: the award provides technical assistance and priority access to certain federal funding opportunities, which will bring greater resources to serve residents – 46% of whom live below the federal poverty line. For example, students at the 11 comprehensive high schools in SLATE-Z will receive increased support to prepare for colleges and careers. More than half (52%) of residents older than 25 have less than a high school education and only 9% have a bachelor’s degree or higher. The coalition also plans to tackle the 12% unemployment rate and under-employment to move more residents into living wage jobs and career pathways.

South Los Angeles was one of five urban Promise Zones selected out of a total of nine Promise Zones in this third and final round. They include:

To date, the first Promise Zone designation has helped bring over $100M of federal investment into the City of Los Angeles, Hollywood/Koreatown/Pico-Union area. We have no doubt that this second designation for South LA will be just as successful.

If you plan to compete for an opportunity that meets Sync criteria and would like to be considered for Sync support, let us know at [email protected] 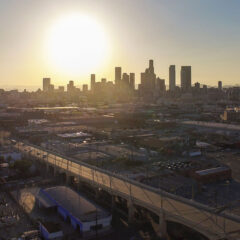 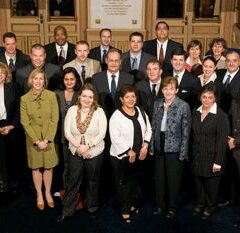