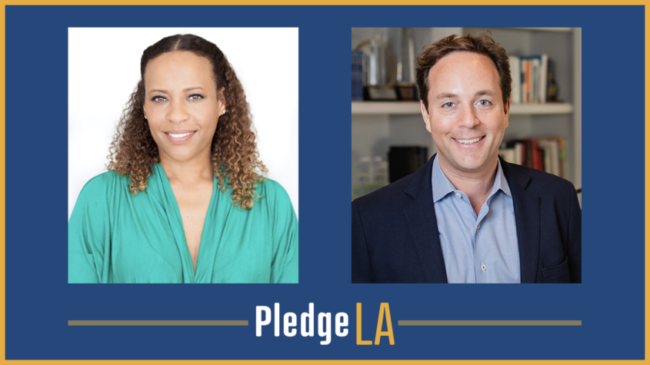 LOS ANGELES – The leaders of PledgeLA, a coalition of hundreds of venture capital (VC) and tech leaders in Los Angeles working to increase equity, community engagement, and accountability around corporate diversity efforts, have selected Qiana Patterson, Vice President of Strategic Development at HopSkipDrive, to be its incoming chair. With ongoing support from the Annenberg Foundation and the Office of Mayor Eric Garcetti, PledgeLA aims to distinguish itself from other diversity efforts with a focus on generating measurable results.

Ms. Patterson succeeds Austin Clements of Slauson & Co. and Grid110, who helped found PledgeLA and its groundbreaking efforts to tackle systemic barriers to access and opportunity in tech. Mr. Clements will continue to serve as a member of PledgeLA’s Advisory Committee. Under his tenure, PledgeLA launched and scaled a body of high-impact local programming, including:

In the search for a new chair, leaders from PledgeLA’s Advisory Committee were impressed by Ms. Patterson’s experience in both the tech startup and investor realms, along with the depth of her community involvement. Active in the local ecosystem, she serves as a mentor for Techstars Los Angeles, a member of The Fund VC, and was an advisor in the process that helped found PledgeLA itself two years ago.

“As one of the leaders invited to help shape the vision for PledgeLA more than two years, ago, it’s exciting to take over the reins of such a critical initiative for our region. What differentiates PledgeLA from others in the pack is the commitment to real accountability and action – not just statements. My vision as Chair is to ensure that LA continues to lead and innovate on the national level in this space, while also sustainably scaling our current local efforts,”said Qiana Patterson.

Ms. Patterson is an experienced tech executive and angel investor who specializes in SaaS, mobility, ed-tech, and workforce development. Currently, she leads strategic development for HopSkipDrive, a modern mobility tech company based in Los Angeles.

PledgeLA is also welcoming Spencer Rascoff, an experienced tech entrepreneur, ecosystem advocate, and investor, to its Advisory Committee. Mr. Rascoff most recently co-founded dot.LA, LA’s leading news source for startups, where he currently serves as Chairman, and Pacaso, a real estate platform that makes second-home ownership more accessible through co-ownership. Prior to that, his long history in tech includes co-founder of Hotwire.com and co-founder/CEO of Zillow.

Upon joining, Mr. Rascoff said, “We’re just beginning to tap into the incredible growth and opportunity of LA’s tech and innovation ecosystem – but we’ll only see fragments of that future if we don’t update our playbook. PledgeLA’s work helping tech companies and VCs reflect the diversity of all Angelenos is essential to ensuring we chart a better course. As someone who’s #LongLA, I’m delighted to join a group of leaders who are innovating in this space.”

Entering its third year, PledgeLA has bold plans to build upon the impact thus far. From January to March 2021, the twenty Black & Latinx-led businesses selected as part of the Fund for South LA Founders will be receive capital, mentorship from experienced founders, and tailored support. This summer, PledgeLA will host its third annual summer VC internship with HBCUvc – while also helping to provide talent and support for three other regions launching similar internships across the US. PledgeLA will also conduct its third-annual survey of tech companies and VC firms, now refined to reflect the new challenges these organizations are facing. And later this year, PledgeLA plans to announce a new set of multi-year goals for the region – charting the course for greater access to opportunity in LA.

About PledgeLA
PledgeLA is a first-of-its-kind partnership to promote civic engagement, diversity, and inclusion across LA’s booming and dynamic tech sector created in partnership with Mayor Eric Garcetti, the Annenberg Foundation, and over 220 Los Angeles venture capital (VCs) and tech leaders. PledgeLA members make a commitment to track their community engagement and diversity data each year and make that data publicly available, as well as expand their engagement with local nonprofits that support diverse talent and reflect the civic spirit of Los Angeles.

Austin Clements Bio
Austin Clements is a Partner at Slauson & Co., an early-stage venture capital firm driven by its mission of intentional inclusion. He is Managing Director of South LA for Grid110, a nonprofit accelerator aimed at supporting emerging entrepreneurs.

He was previously a Principal at TenOneTen Ventures after beginning his career in investment management with AllianceBernstein. He also founded Pi Digital Media, a Los Angeles based firm that focused on the design and development of web and mobile applications for SMBs.

He has served as the Chair of PledgeLA, a city-wide initiative to promote civic engagement and diversity in the tech community. He also serves on the board of HBCUvc and the Library Foundation of Los Angeles. Austin received his MBA from NYU Stern and his BA from Morehouse College in Atlanta, GA.

Qiana Patterson Bio
Qiana Patterson is an experienced tech executive and angel investor who specializes in SaaS, mobility, ed-tech, and workforce development. She was the founding COO for Edlio, an LA-based K12 ed-tech company, and prior to that she served as the Interim CEO and Vice President of Operations for Educational Networks, a leading content management software SaaS company. Currently, she leads strategic development for HopSkipDrive, a modern mobility tech company based in Los Angeles.

As Vice President, she leverages her experience in education, government, and technology to solve some of their biggest challenges. Qiana is an active member of the Los Angeles startup community through mentoring with organizations like Techstars LA, The Fund VC, Plug In South LA, and Startup Boost.

Spencer Rascoff Bio
Spencer Rascoff is an entrepreneur and company leader who co-founded Zillow, Hotwire, dot.LA, and Pacaso, and who served as Zillow’s CEO for a decade. During Spencer’s time as CEO, Zillow won dozens of “best places to work” awards as it grew to over 4,500 employees, $3 billion in revenue, and $20 billion in market capitalization. Prior to Zillow, Spencer was co-founder and VP Corporate Development of Hotwire, which was sold to Expedia for $685 million in 2003.

Spencer is now an active angel investor in over 50 startups and is starting new companies through his Los Angeles startup studio “75 & Sunny.”Launched startups include:

Spencer is co-chair of Supernova, a $450 million Special Purpose Acquisition Company (SPAC) targeting a tech company worth between $1 billion and $5 billion in enterprise value. He is also on the Board of Directors of Palantir (NYSE: PLTR), and is a former Board member of Zillow Group (Nasdaq: ZG), TripAdvisor (Nasdaq: TRIP), Zulily (Nasdaq: ZU), Julep, and several other tech companies.

In 2019 Spencer was a Visiting Executive Professor at Harvard Business School where he co-created and co-taught the “Managing Tech Ventures” course. In 2015, Spencer co-wrote and published the New York Times’ Best Seller “Zillow Talk: Rewriting the Rules of Real Estate.” 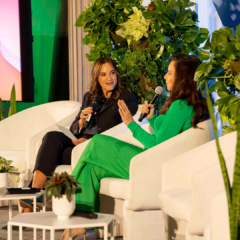 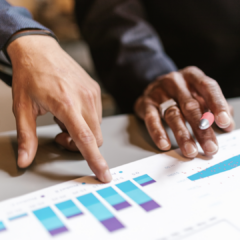 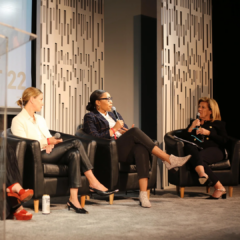