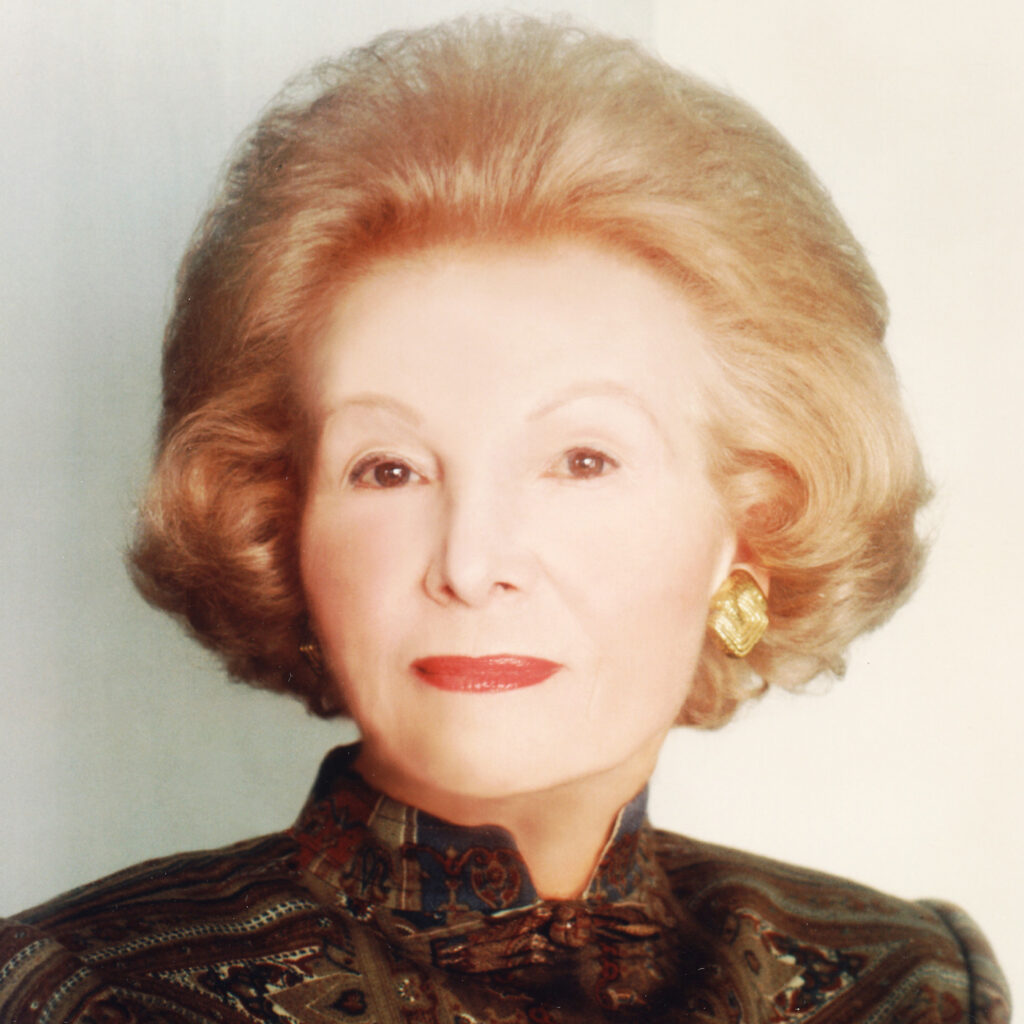 Mrs. Annenberg was chairman emeritus of the Foundation for Art and Preservation in Embassies, a private nonprofit, non-partisan foundation established to assist the United States Department of State in procuring and maintaining fine and decorative art, including furniture and paintings for United States Embassies, Chanceries and Ambassadorial residences. In addition, Mrs. Annenberg was a member of The Committee for the Preservation of The White House.

Mrs. Annenberg graduated from Stanford University with a Bachelor of Arts degree. She received the Cavaliere Dell’Ordine “Al Merito Della Republica Italiana” (1961); the Grand Officio Order of Orange-Nassau from the Netherlands (1981); the Wagner Medal for Public Service from the Robert F. Wagner Graduate School of Public Service at New York University, the Colonial Williamsburg Churchill Bell Award (1993), the National Medal of Arts from the National Endowment of the Arts (1992) and the University of Pennsylvania Medal for Distinguished Achievement (1994), the Crystal Award from the Union League of Philadelphia, Pennsylvania (2001), the Andrew Carnegie Medal of Philanthropy (2001), the Pat Nixon Ambassador of Goodwill Award (2002), the Collaborative Partnership Award from Foundations, Inc. (2002), and an Honorary Fellow of Eton College – Windsor (2003). Mrs. Annenberg was awarded honorary doctorate degrees from Pine Manor College (1982); LaSalle University (1987); The University of Pennsylvania; Brown University; The University of Southern California (1998) and Brandeis University (1999).

The Annenberg Retreat at Sunnylands