LOS ANGELES, CA – The Annenberg Foundation announced today it will begin moving the remaining trees off the South Central Farm in Los Angeles in order to save them as the developer clears the land upon which the Farm operated.  The Annenberg Foundation, through a new initiative named Farmlab, also announced plans to develop a monument to the trees as unsung heroes of the fallen Farm.  While plans are being developed, the trees will be moved to a temporary site at The Huntington Library, Art Collections, and Botanical Gardens until a permanent location is determined.

With communications as a core value of its mission, the Foundation is undertaking this effort in order to raise awareness of the value of living things through Farmlab, which is led by artist and Trustee Lauren Bon.

As Bon said, “This project started from an ethical conundrum. What does it mean when we live in a world where living things have little economic value? Where regardless of the issues that led to the Farm closing, trees, plants and seeds were bulldozed and 14 years of cultivated soil destroyed. This is the territory of Farmlab, our inquiry into the preservation of living things in an often hostile environment.”

Farmlab will make every effort to keep the trees healthy by working with tree experts from Valley Crest Landscape Development and The Huntington.  “We are delighted to support the Annenberg Foundation in their efforts to promote urban sustainability,” said Steven Koblik, president of The Huntington.  “The Huntington has long been dedicated to biodiversity and sustainability issues through its botanical education efforts.  This collaboration gives us the opportunity to expand what we do – creating an educational center that focuses on teaching and learning about sustainable gardening in an urban environment.  At a place like The Huntington, in the midst of one of the world’s largest metropolitan areas, this is at the heart of our mission – and our responsibility as stewards of green space and botanical life.”

In addition to temporarily hosting the trees on its property, The Huntington will work with Farmlab to create free access to the trees for the South Central Farmers and their families.  Farmlab will develop related educational programming, which will include gathering oral histories associated with the trees. Details about that access and programming are forthcoming at Farmlab, 323-226-1158.

For more than 14 years, the South Central Farmers redeemed an urban brownfield site and turned it into a healthy farm, which provided food and created a community for hundreds of often impoverished families.  In 2005, Bon undertook her Not A Cornfield project, which converted a downtown Los Angeles brownfield to a Greenfield for one agricultural cycle.  During the life of Not A Cornfield several of the Farmers approached Bon to discuss issues related to the Farm.  Then, when Not A Cornfield concluded in May 2006, Farmlab was established as an initiative of the Annenberg Foundation.

Since that time, Farmlab has worked closely with the Farmers to save the trees, which are all fruit-bearing, including avocado, guava, citrus, banana, olive and more.  The Farmers have unanimously agreed that the trees must be moved in order to save them and should be kept together.  During their temporary stay at The Huntington and in the future monument, the trees will remain as a group.  Farmlab is progressing on this project in consultation with the Farmers.

About The Huntington
The Huntington Library, Art Collections, and Botanical Gardens, located in San Marino, CA, is a collections-based research and educational institution serving scholars and the general public.  More information can be found at www.huntington.org. 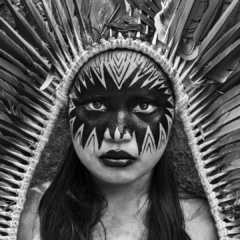 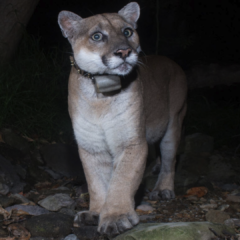 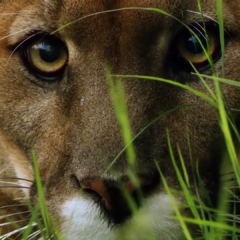