The Annenberg Foundation today announces a first-ever collaboration with CNN Heroes to provide free professional development and nonprofit training for the 2012 Top 10 CNN Heroes and a select number of CNN Heroes from past years.

CNN Heroes will receive free training by the Annenberg Foundation through a customized version of its highly regardedAnnenberg Alchemy capacity building program. Annenberg Alchemy has strengthened 1,400 nonprofit leaders, resulting in more than $25 million in additional fundraising by those participants. Led by some of the country’s foremost nonprofit experts, Annenberg Alchemy will teach the 2012 Top 10 CNN Heroes how to be competitive with fundraising, communicate effectively, build and keep a strong board of directors, manage volunteers and more.

The Annenberg Foundation’s support of CNN Heroes is a philanthropic expression of gratitude to these men and women who share a common mission with each other and the Foundation–to improve the community and overall public well-being.

CNN Heroes is a Peabody Award winning and Emmy nominated year-long initiative that honors everyday people for their selfless, creative efforts to help others. The campaign is now in its sixth year. All CNN Heroes are selected from viewer nominations submitted at CNNHeroes.com.

This year, thousands of nominations were received from all over the world. Each week, a CNN Hero is profiled on the global networks of CNN and on CNN.com. Today, the Top 10 CNN Heroes of 2012 will be announced on all CNN Worldwide networks. From the Top 10, viewers select the CNN Hero of the Year via online voting at CNNHeroes.com. That person will be revealed during the live broadcast of “CNN Heroes: An All-Star Tribute,” airing Sunday, December 2, from the Shrine Auditorium in Los Angeles.

Each of the Top 10 receives $50,000. The Hero of the Year receives an additional $250,000. For the first-time ever, 2012 Top 10 CNN Heroes will receive professional training from the Annenberg Foundation to ensure ongoing success. In its six years, CNN Heroes has received more than 40,000 nominations from more than 100 countries. Since 2007, the campaign has profiled more than 160 Heroes. They’re working in 77 countries around the world, helping hundreds of thousands of people.
About CNN Worldwide

CNN Worldwide, a division of Turner Broadcasting System, Inc., a Time Warner Company, is the most trusted source for news and information. Its reach extends to nine cable and satellite television networks; one private place-based network; two radio networks; wireless devices around the world; CNN Digital Network, the No. 1 network of news Web sites in the United States; CNN Newsource, the world’s most extensively syndicated news service; and strategic international partnerships within both television and the digital media. For more information, visitwww.CNNPressroom.com. 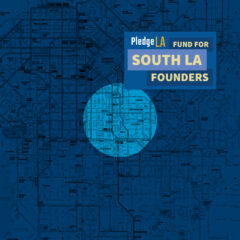 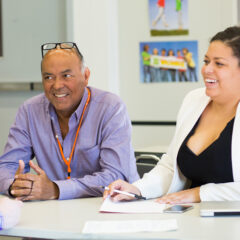