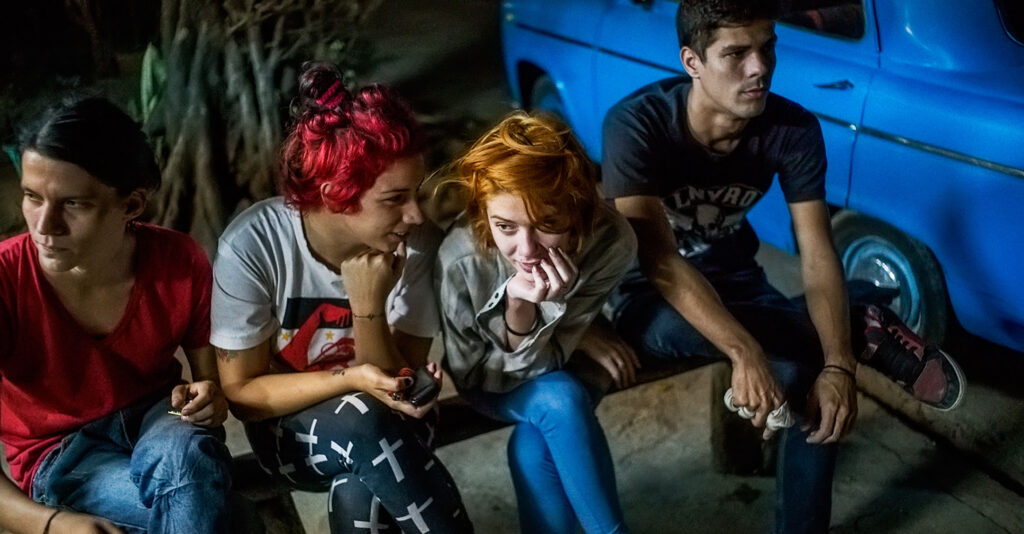 LOS ANGELES – On September 9th, the Annenberg Space for Photography opens an exclusive exhibit called Cuba Is. The show is part of the Getty-led Pacific Standard Time: LA/LA initiative presenting the work of Latino and Latin American artists in more than 70 museums and cultural institutions across Southern California.

The Annenberg Space for Photography in Century City is dedicated to hosting single-theme exhibits of digital and print photography. Cuba Is features acclaimed photographers who have focused their cameras on Cuba and also introduces several emerging Cuban photographic talents. More than 120 photos feature subjects ranging from the defiant youth known as “Los Frikis” to the hard-partying children of the top 1% — from the underground system of sharing digital content from the U.S. called “El Paquete” to Miami’s Chonga girls. The goal is to reveal the complexities of Cuban life both on and off the island, while exploring aspects of it not easily accessed by foreigners or even Cubans themselves.

“Cuba is a country torn between past and future, between old ideology and new horizons, between a culture that stands out of time, and a need to move forward in time,” said Annenberg Foundation Chairman of the Board, President and CEO Wallis Annenberg. “Cuba has had an outsized influence on our shores — through waves of immigrants and through the music and art and politics they’ve carried with them. That’s why this exhibit is so compelling and so urgently important. Cuba has changed America — and now it’s changing itself, before our very eyes.”

Like all exhibits at the Annenberg Space for Photography, Cuba Is features a documentary film that runs throughout the day on 12-foot screens in the central gallery. Filmmakers followed three Cuban photographers commissioned by Annenberg to shoot pictures for this exhibition, giving viewers a rare look at how photographers react in real-time to what they’re shooting. The filmmakers also visited iconic Magnum photographer Elliott Erwitt, who captured Fidel Castro and Che Guevara not long after the Revolution. In addition to this film, a virtual reality experience brings viewers directly into Cuba’s current and dynamic street music scene.

The exhibit opens to the public on the evening of September 8th, 2017 from 7PM to 10PM with a celebration featuring free Cuban cuisine, cocktails, music, live performances and more.

On August 17th, in advance of the opening of Cuba Is, the Annenberg Space for Photography and CNN Films will host the West Coast premiere of ELIÁN — a new documentary from Pulitzer Prize-winning journalist and director Tim Golden, director Ross McDonnell, and producer Trevor Birney. The CNN documentary explores a pivotal moment in the US-Cuban relationship: the 1999 sea rescue of five-year-old Cuban Elián González and the international custody battle and cultural fallout that followed.

In addition to hosting ongoing programming, workshops, screenings and the acclaimed Iris Nights Lectures, the Annenberg Space for Photography’s Skylight Studios will offer an interactive exhibition highlighting curated artworks and collected stories from Cuba, exhibited for the first time in the United States. For more information, please visit annenbergphotospace.org/programming.

Cuba Is remains on display through March 4th, 2018. Visitors can see it Wednesdays through Sundays from 11AM to 6PM at the Annenberg Space for Photography (2000 Avenue of the Stars Los Angeles, CA 90067). Admission is free, and there is validated parking.